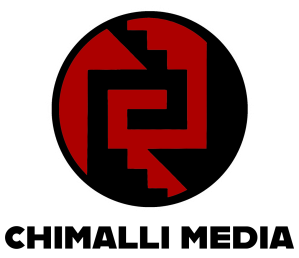 In my book Our Slippery Earth: Nawa Philosophy in the Modern Age, I discuss the concept of Teotl and how it relates to the Mesoamerican philosophical worldview of “Nepantlakayotl.”

As a result, I am often asked if a symbol for Teotl exists in any of the surviving Mesoamerican codices, whether pre-Kuauhtemok or post-Kuauhtemok. While I am not aware of any graphic depictions of Teotl in Pre-Kuauhtemok sources (sadly, few of these codices remain), we do in fact have numerous examples of Teotl being depicted in post-Kuauhtemok codices. Namely, the Florentine Codex, Codex Xolotl, and the Codex Mendoza.

In all of these, the concept of Teotl is depicted graphically as the sun:

In book 8 of the Florentine Codex (above), we see the name of Tlacateotl, the second Tlahtoani of Tlaltelolco, depicted with a sun representing the word “Teotl.”

In the Codex Xolotl (above), Tlacateotl is once again represented by a glyph utilizing the sun as “Teotl.”

This half-sun is used in conjunction with a glyph representing the second half of the name of the city, while an upended and burning temple represents conquest:

In other instances, the Teotl symbol is used for placenames without the burning temple:

And another half-sun symbol is used in the Codex Xolotl to depict the name of the famous city of Teotihuacan:

So there you have it, a multitude of examples showing that Teotl was graphically symbolized as the sun. I hope this helps!

Kurly Tlapoyawa is an archaeologist, filmmaker, author, and ethnohistorian. His research focuses primarily on the interaction between Mesoamerica, Western Mexico, and the American Southwest. Kurly has lectured at UNLV, University of Houston, and Yale University on topics related to Mesoamerica. His book, “Our Slippery Earth: Nawa Philosophy in the Modern Age” was published in 2017. Kurly lives in New Mexico.

Enjoy this article? Become a patron and support the work of the Chimalli Institute of Mesoamerican arts!

Interested in learning more about Mesoamerican ritual and cosmovision? Check out our new book “Our Slippery Earth: Nawa Philosophy in the Modern Age” available on Amazon.com. In it, I discuss basic themes of Nawa philosophy, and how these themes can be practiced in the modern age.